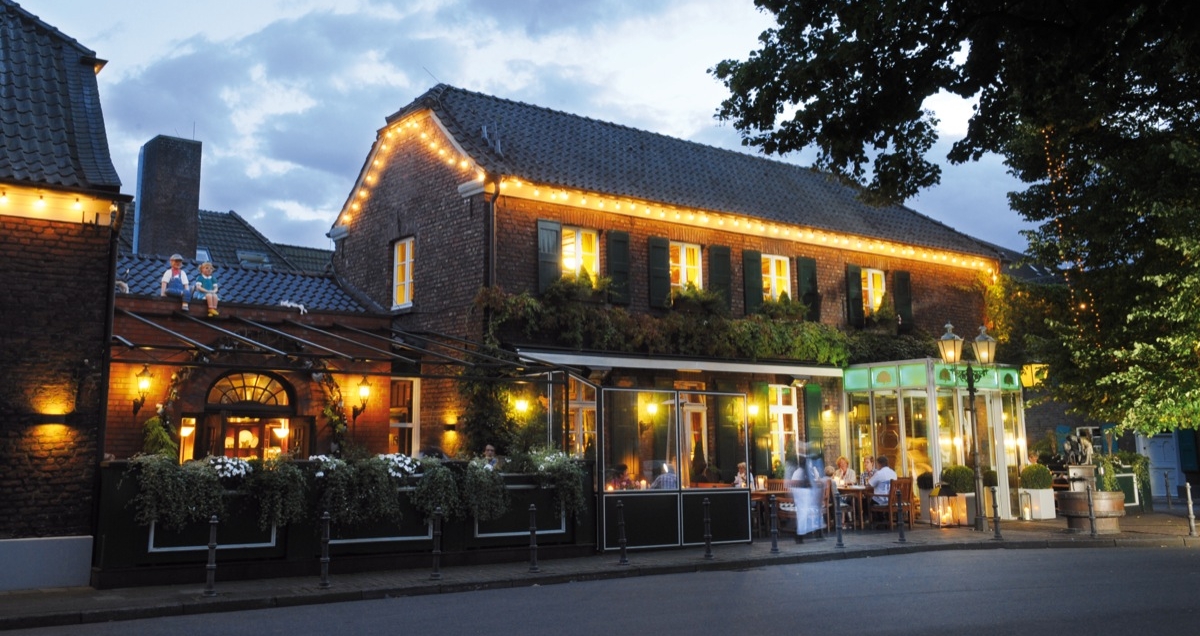 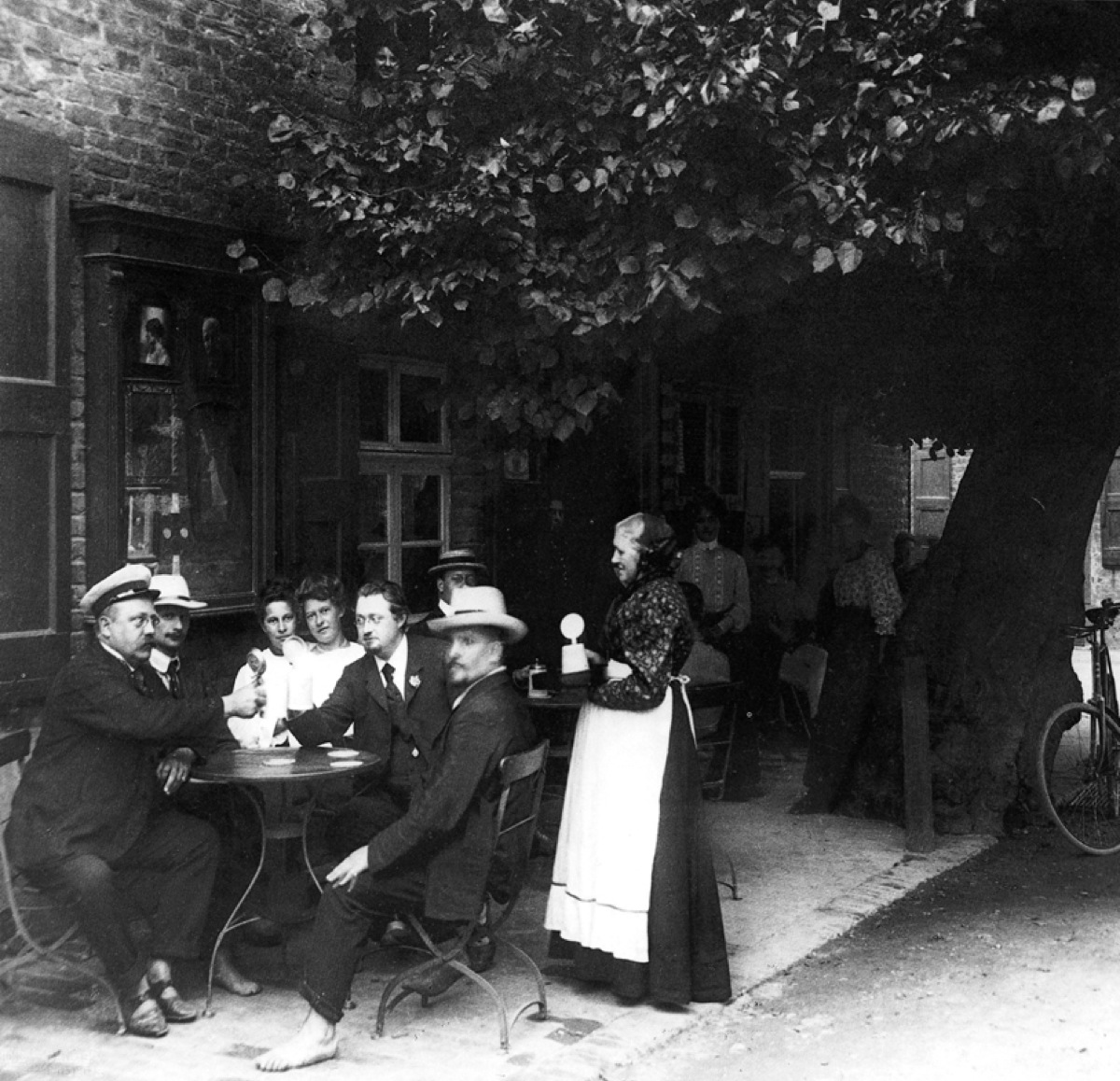 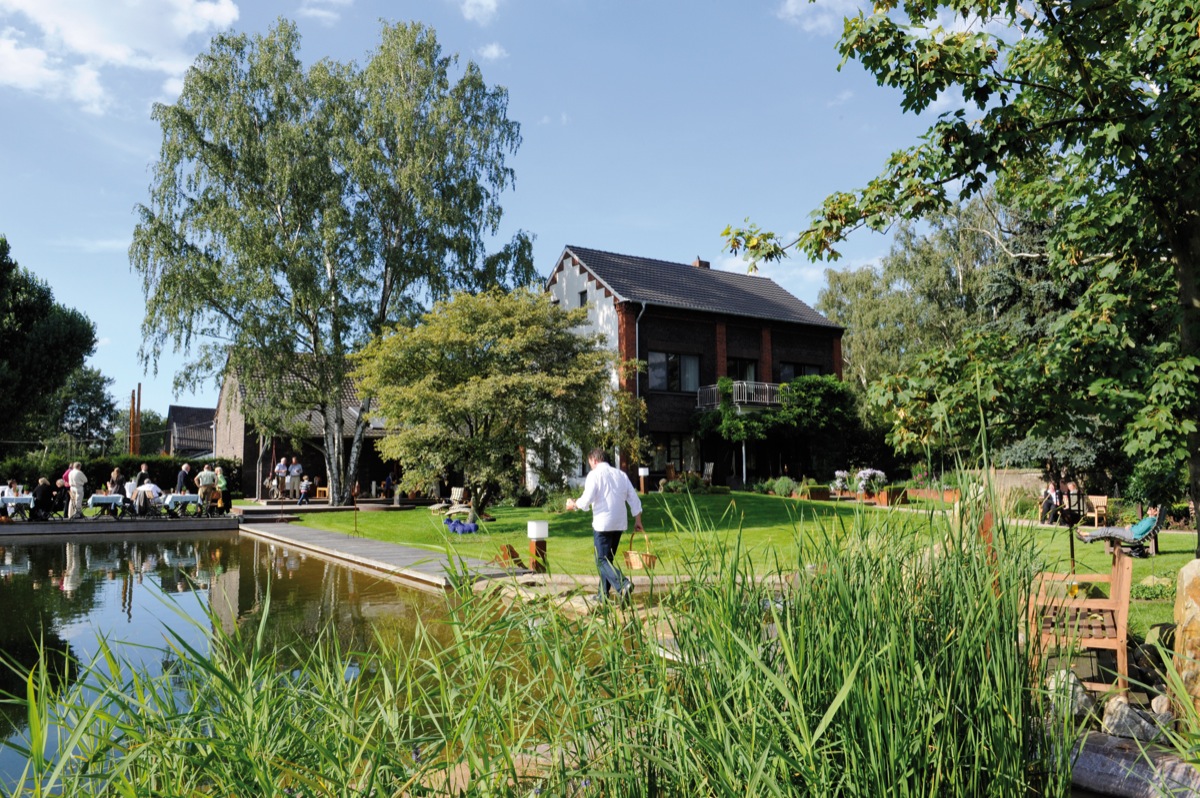 The farm estate with its manor house and farm buildings on a total area of more than 3 hectares,  situated idyllically on the outskirts of Neukirchen-Vluyn, was bought by the Welling family in the late summer of 2006.

From then on, every free minute was spent on cutting down and planting trees, weeding and redesigning the grounds - as one would expect - to turn this property into a little paradise as well.

After many months of intensive work, the Lindenhof is now used for outdoor activities such as archery, boules and "Boßeln". 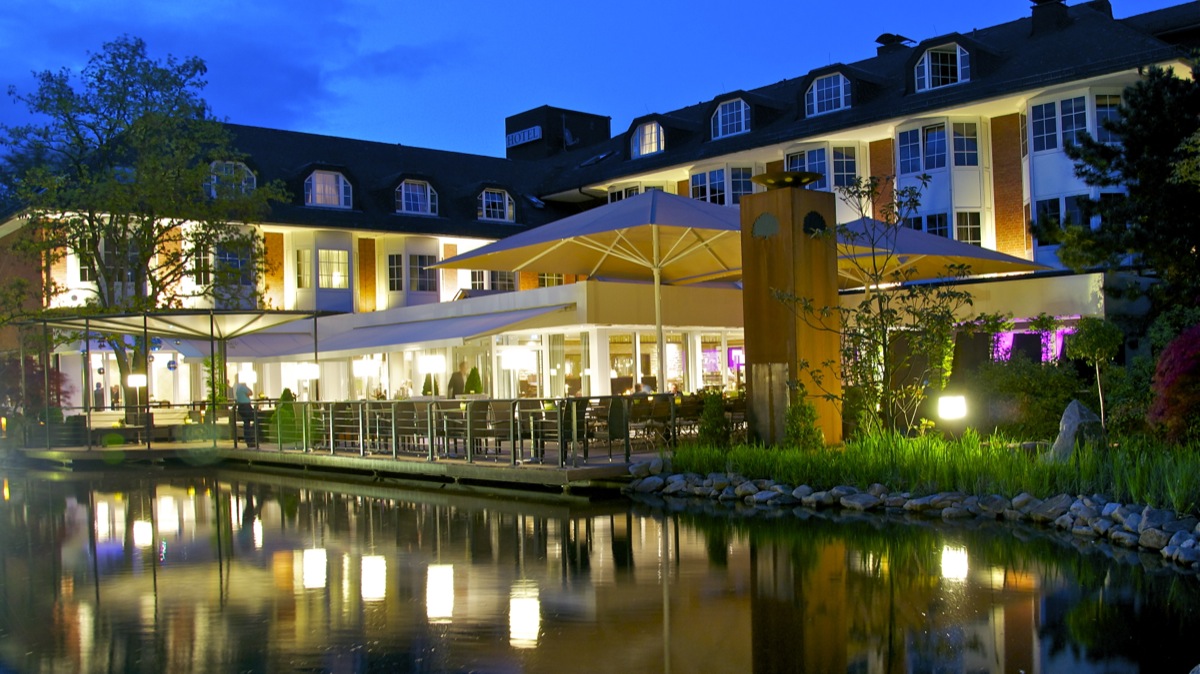 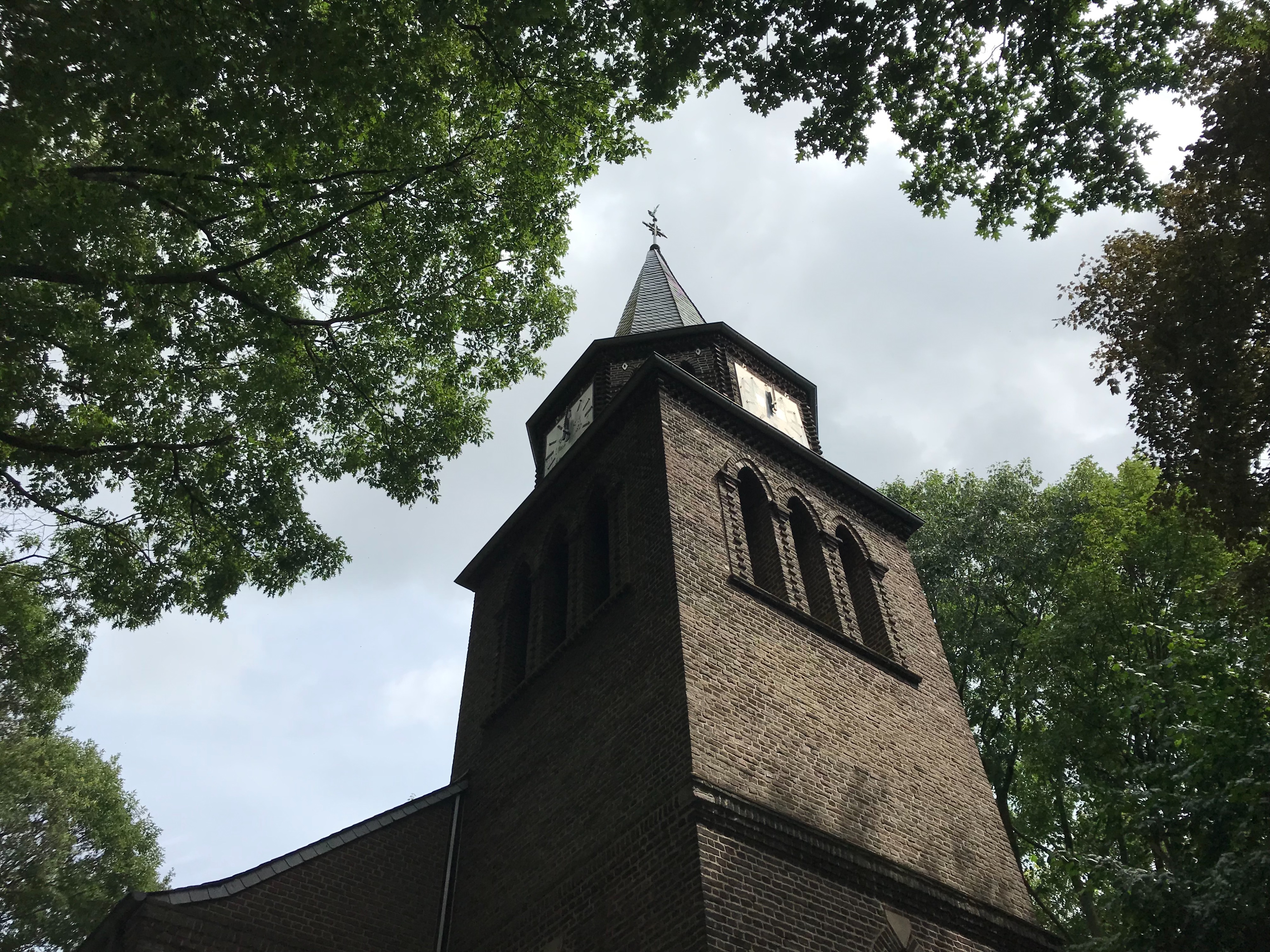 The "church on the hill", as the Johannis Church is also often called, originated from the efforts of the Protestant Christians in the village of Rayen to form their own parish. In 1881, the farmer Johann Neenrath donated 6,000 Marks to found Rayen's own church. Given that the annual salary of a Protestant pastor at the time was 1,800 Marks, one can appreciate how generous the donation was. Thus, in 1883, a free "Association for the Foundation of a Protestant Parish at Rayen" was founded by the Protestant residents of Rayen and the surrounding area. Thanks to a donation by August Achterrath, a cemetery could be established on the hill in Rayen in 1888, and another citizen, Heinrich Tersteegen, donated the area for the construction of the church, so that on December 18th 1894 a simple prayer room could be inaugurated for all funerals, for all Bible studies and for all church festivities.

However, it was not until 1929, when the Friedrich-Heinrich colliery agreed to supply building materials free of charge, that the cornerstone for the bell tower could be laid. In 1932, the two bells bearing the names Johannis and Paulus were put into service in the 26 m high tower.

The coal mining under Johannis Church was not without consequences. In particular, the tower began to noticeably tilt in 1975. The Ruhrkohle AG proposed to demolish the church and offered a subsidy of 160,000 DM for a new building elsewhere. However, the Rayen people insisted on their church. In the end - Johannis Curch had been designated a historic monument in 1981 - RAG took over the renovation and placed six hydraulic rams under the tower to ensure its horizontal position and surrounded the foundation with a "corset" of steel and concrete.

In 2017, the Welling family acquired the church and the community hall, so that - after renewed consultation with the RAG - extensive renovation work in autumn 2018 restored the now crumbling splendour and charm of the church. From 2019 onwards, there will be regular cultural events, while at the same time the Johannis Church will remain dedicated as a fully-fledged church, so that services will not only be held on special holidays, but there will also continue to be wedding, baptism and funeral services for residents of Rayen.